Now that the weather has changed, I've shifted gears somewhat in that I am now focusing more on the writing aspect of the documentary. Most people may not think of a documentary as something that is necessarily scripted, but it's important to recognize that documentary filmmaking is, of course, a form of storytelling, and it is not at all unusual for a story, regardless of form, to be written. In this case, however, rather than creating ideas from thin air, I'm working with that which already exists. Beyond that, though, the basic concepts between documentary and fictional filmmaking, as far as I am concerned, are essentially the same. The point is simply to tell a compelling story. 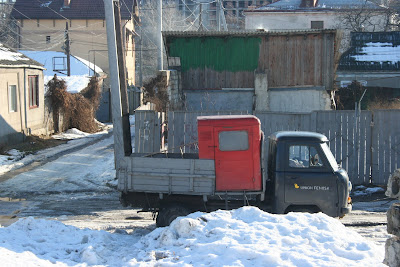 Here in Moldova, with the leaves gone and snow covering most everything in sight, the scenery all kind of looks the same, and frankly, it wouldn't cut together all that well with other footage that I've gotten and plan to get in the spring. Granted, I'll still be able to get some indoor/interview footage during the winter months, but for the most part, I hope to make the most of this otherwise idle time by figuring out what exactly the story is that I'm trying to convey and piecing together a script from which to work. I've decided that much of the narrative will probably be told through voiceover, whether my own or (more likely) someone else's, but I figure that if I can have a working script completed by March, then my job from there will be to collect footage that visually supports the dialogue that I've written. 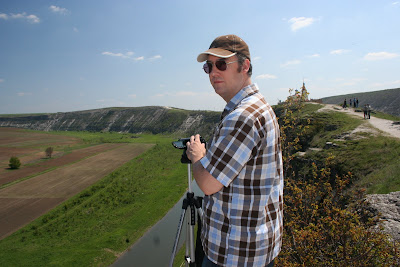 With that noted, my blog posts during the winter months may be considerably less frequent, as much of my time spent writing is dedicated to other projects. Nonetheless, I will maintain regular updates of that which I am learning throughout my time here.
Posted by Zach Sands, PhD at 4:58 PM