After the fall of the Soviet Union, some of the first significant attention that Moldova received from Western media focused on the squalid living conditions that many people here faced in the early nineties. In particular, relatively speaking, we heard a lot about Moldova's many orphanages, which were suddenly grossly overcrowded as parents left the country in search of work. In most if not all of these instances, one can only speculate that these must have been incredibly difficult decisions, choices that had to be made in order to ensure their family's survival. 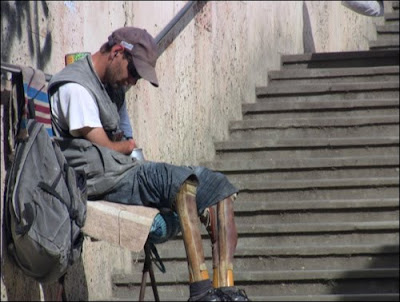 In many ways, this provides an apt metaphor for post-Soviet Moldova in general. At that point, for nearly fifty years, Moldova had been dependent upon the Soviet Union for maintaining the standard of living that its citizens had come to know. Moldova was able to import what it needed without having to compete on the free market, and it had demand throughout the Soviet Union for the export of its agricultural commodities, such as sunflower oil and wine. However, when Mikhail Gorbachev called for the dissolution of the Soviet Union, Moldova became an orphaned nation.

For the twenty years that immediately followed, Moldovans have been learning how to be self-sufficient and have only just recently begun integrating their nation with the rest of the world. Understand that this is a country that grew up fast out of a basic necessity for survival, and in doing so, forged its own distinctive identity in the process. Moldova's oldest residents may vaguely remember when it was a part of Romania, from which it was essentially stolen during World War II, only to be all but abandoned by Russia after the fall of the Berlin Wall.

Today, Moldova is its own separate nation for the first time in nearly seven hundred years. Only its youngest generation of citizens were born Moldovan. This country's fragmented history offers very little in terms of outlining a path forward, but now that it's all grown up, having only just recently survived its tumultuous adolescence, Moldova is now poised to take its place in the world at large.
Posted by Zach Sands, PhD at 8:17 PM 1 comment: